The Medicine of Sound

Attendees will experience sound medicine through different stages, starting with an understanding of silence and meditation and building up to sounds and music in their purest forms. They will release blockages and accumulated tensions on physical, emotional, and mental levels to achieve balance and equilibrium.

Attendees will learn the basic techniques of sound healing, the theory and physics of sound, throat singing techniques, vowels as mantras, Pythagoras in music, and how singing is a primary instrument of healing. Practices will be accompanied by healthy food, yoga, pranayama and meditation. 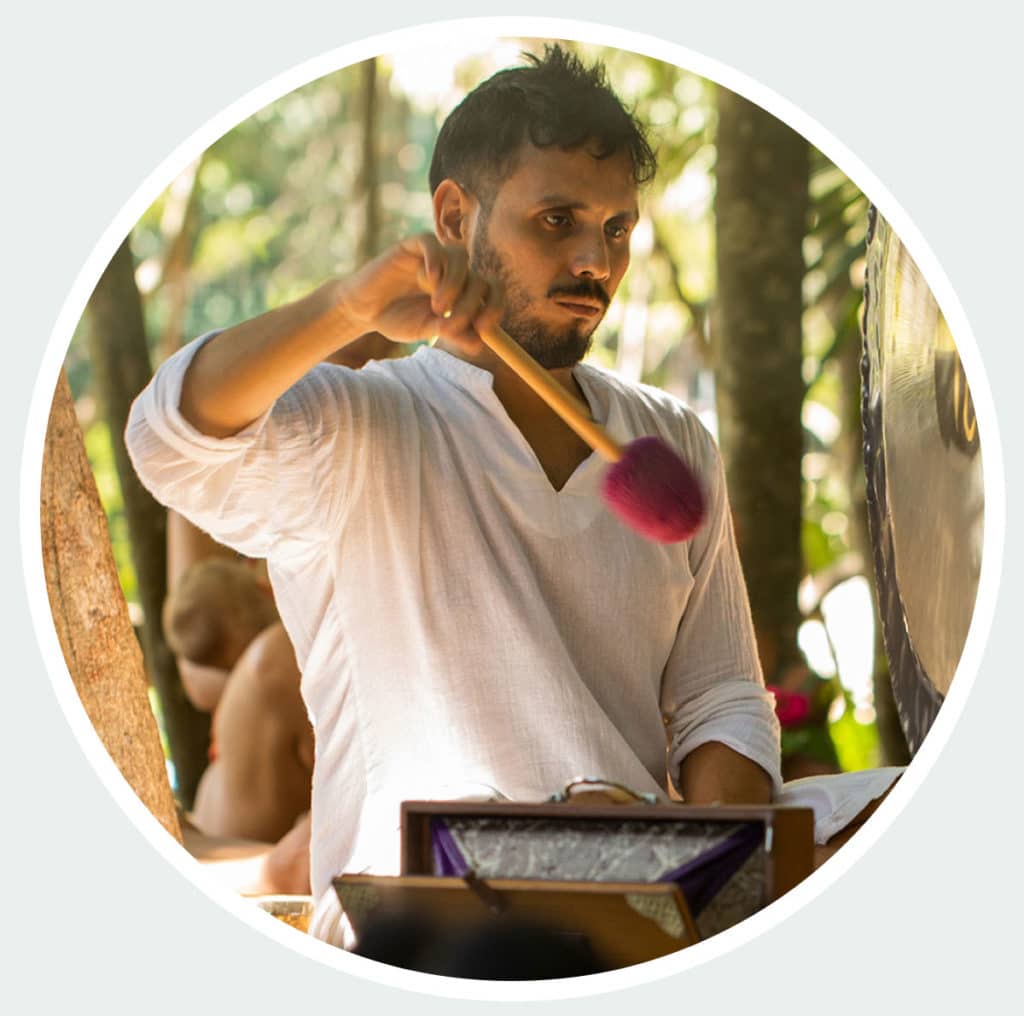 A sound alchemist, sound healer, and multidisciplinary artist from…

René holds degrees from The Fermatta Academy of Music in Mexico City and the Royal College of Music in England, as well as a diploma from G. Martell University. He has studied painting, theater, design, and kung fu since childhood and holds a magician’s degree from the "magic hands" school of renowned magician Primo Blass Tchang. Certified by the Spanish Institute of Sonotherapy as a Copper Bowl Therapist and as a Gong Player, he also completed a year of Neijing Chinese medicine, learned Mayan herbology from María Galindo, and has perfected 3 harmonic singing techniques (khoomei) with his teacher Alejandro Rangel. René has practiced Vipassana meditation and Yoga since 2010.

In this retreat, we will…

Beginners and experts alike who are curious to learn more about incorporating the ancient wisdom of sound as a method for healing in their lives.

**The registration fee covers your spot in the Retreat only.

Lodging, which includes The Gifting Lifestyle (All-Inclusive) Plan, and the Architects of Life holistic program, is paid separately through Palmaïa – The House of AïA

Call Us
Email us

A retreat designed to reawaken our senses and get closer to nature. To help us face the human condition more holistically through yoga, empowering our ability to make healthy changes in our lives and function better in everyday life.

The Spiritual Path of the Jaguar

Develop the ability to move on astral planes and connect with ascended masters, angels, archangels, and guides. Activate your own mastery, through this workshop you will connect with the deep truth of your being: you are a spirit experiencing matter, a being of light, healthy, happy and complete. You are the creator of your reality and in order to create in freedom, it is necessary to heal.